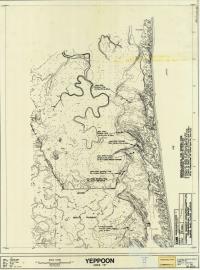 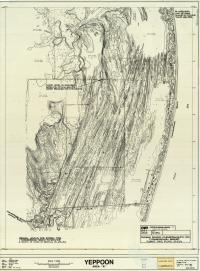 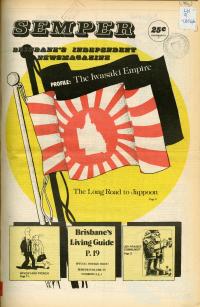 A bomb exploded at the Iwasaki resort at Yeppoon on 29 November 1980. It ripped a large crater in an unfinished block of holiday units, causing damage estimated at $1 million. This was the culmination of conflict over the project of a Japanese developer, between its supporters and those concerned to preserve the landscape and protect it from foreign, Japanese, ownership.

Yeppoon, a small Central Queensland seaside town of 6000, patronised by Rockhampton residents hoping for a cool sea breeze, heard rumours in 1971 that a Japanese developer was interested in land at Farnborough, north of the town. Mr Yohachiro Iwasaki, chairman of the Iwasaki Sangyo Group, was buying coastal land and had sought the help of the Queensland Government.  The wetlands, dunes and mangroves, and the waters of Corio Bay had high environmental values and were used for recreation by fisherman, both professional and amateur, by bushwalkers, campers and four wheel drive enthusiasts. North of this area lay the Shoalwater Bay Military Training Area, controlled by the Defence Department. The Iwasaki project though not defined, was welcomed by the Yeppoon Chamber of Commerce and real estate agents who believed it would bring profit, population and jobs; it was opposed by others who feared their laid-back lifestyle with free access to extensive beaches would be lost, that municipal rates and land values would rise and the fishing catch fall. Rumours that Mr Iwasaki would raise cattle on his land stirred local graziers who feared unwanted competition. Environmental degradation of the landscape appeared inevitable, and foreign ownership of land, especially Japanese, was anathema to many, the Returned Services League (RSL) being an influential group in the town.

The Bjelke-Petersen Government in October 1972 announced that Iwasaki had purchased 930 hectares and would spend $20 million on a tourist resort to receive 20,000 visitors annually. Coast residents at a meeting in Yeppoon Town Hall on 16 November 1972 expressed in principle support for the project by 634 votes to 106, but opponents then organised and promptly formed the Capricorn Coast Protection Council (CCPC). A coalition of environmentalists, fishermen and RSL members, it sought to uncover information about the project and oppose it. As unease about the project mounted, the Queensland Government formed an inter-departmental committee of enquiry, the Barton Committee, which met through 1974. It issued a report unambiguous in its criticism, noting a lack of information which prevented any conclusions about the size, location and scope of the resort. It noted threats to the environment and recognised public concerns about foreign ownership of land, the desirability of Australian equity in the project, and the importance of preserving public access to beach and recreation areas. Yeppoon residents, those who favoured the development and those who opposed it, wanted the town’s character to remain unchanged; another Gold Coast or a Japanese enclave was not wanted. A submission from the CCPC raised these issues and others: damages to mangroves threatened the local prawn and scallop industry, intensive cattle raising would compete with local beef producers, beachside development would erode the dunes.

The Barton Committee’s main recommendation, that assessment of the project required more information, did not halt the project. To enable Iwasaki’s land negotiations Premier Joh Bjelke-Petersen introduced a Bill for a Franchise Agreement to the Parliament on 26 April 1978. A means of granting privileges to the developer, it exempted Iwasaki from several Queensland statutes, gave concessions on leasehold land, and allowed the sale to the Government of seafront land owned by LSC for lease to Iwasaki.  The Queensland International Tourist Centre Agreement Act 1978 provoked strong questions from the Labor Party, but was pushed through by the Premier in an all night sitting on 17 May. Iwasaki could now legally purchase and lease Crown Land and develop it outside the planning regulations.

Under the Franchise Agreement construction had to begin on or before 1 April 1979, and a bulldozer began that day to prepare an access road for the official opening. The ceremony, on a rain-drenched day in June 1979, was attended by the Premier and Mr Iwasaki. The day ‘dawned cold and bleak with light rain falling steadily’, and the rain became ‘torrential’, delighting the project’s opponents. On 19 June, to coincide with the Iwaskai opening, an anti-Japanese display was erected in the front yard of the RSL building at Yeppoon, visible to travellers to the ceremony. The campaign against the ownership of land by aliens was the main and enduring line of attack made by the Yeppoon RSL and the Capricorn Coast Protection Council, an unlikely alliance forged when a veteran of the RAAF was Secretary of both organisations.

Opposition to the Iwasaki development had been non-violent. But on 29 November 1980 a bomb blast ripped a seven-metre crater in the first block of holiday units then under construction. Damage was estimated at $1 million and was reported in the Brisbane and national media. The Courier-Mail on 2 December 1980 reported ‘the outrage at Yeppoon’ as ‘a massive and shameful act of violence’; The Australian on 1 December 1980 recognised that ‘Mr Iwasaki’s insistence on freehold rather than leasehold land’ ... had ‘attracted innuendo, racism, greed and jingoism.’ The two men charged with the bombing were found ‘not guilty’ by a jury, after a key prosecution witness who appeared to have collaborated with the police was discredited. The older accused man, a fisherman, was known for his anti-Japanese opinions. Construction was delayed, but continued.

The end to special privileges

By 1988 the Iwasaki project was five years behind schedule, and a newly elected Premier, Mike Ahern, resolved to repeal the Franchise Agreement. The Iwasaki Queensland International Tourist Centre Agreement Act Repeal Act was introduced on 11 April 1989. The Premier said Iwasaki had failed to comply with the agreement, failed to meet completion dates, had not submitted work programs, and had failed to provide access for public recreation. The same session of Parliament passed an Act to set up a register of foreign land ownership.

The Iwasaki resort project was a grandiose scheme of a Japanese investor who attempted to secure a large area of coastal Central Queensland and change it. Yeppoon has not become a Japanese enclave, nor is the resort area the environmental disaster that was feared. Still owned by Iwaskai but managed by Rydges, it advertises as ‘a 22,000 acre beachfront wildlife sanctuary’, offering two golf-courses, three restaurants and bars, ‘Rainforest Canoe Adventures’, ‘Wetlands Eco Tours’ and ‘Guided Beach Horse Riding’. Japanese visitors are infrequent. 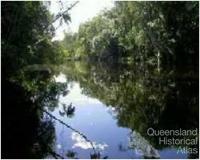