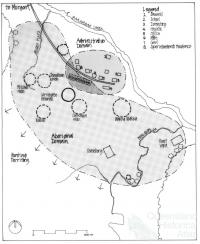 Barambah Aboriginal Settlement in the 1920s showing the areas of Bralbin Creek and also Muddy Flats, 2001
By:
Katelyn Barney

Music is a source of great pleasure and an expression of connection to land and history for Aboriginal people of Cherbourg. Band names and contemporary songs tell history of places on the settlement in the early 1900s and demonstrate the continuing strength and resilience of Aboriginal people in Cherbourg.

Founded as Barambah settlement 250 kilometres north-west of Brisbane in 1901, Cherbourg was originally a 'dumping ground' for almost 47 different groups who were forcibly removed from their homelands. The traumatic and devastating effects of relocation and separation and the institutional control practiced by the government on the settlement continue to be felt by Aboriginal people. Yet many Cherbourg residents developed a strong sense of identity and connection to this new place through their shared experiences. This collective identity and the creation of meaningful landscapes is expressed and celebrated by a number of Aboriginal songwriters from the community.

Muddy Flats Band formed in the 1980s and is named after a place at Cherbourg where the five male members remember playing as children while their mothers washed clothes in the creek. They often perform at events in Cherbourg and their song 'Cherbourg that’s my home' is well known to Aboriginal audiences. Musicians Robert (Rocko) Langton and Harold Chapman wrote the song in response to the numerous negative media reports about Cherbourg in the 1980s. The song celebrates a pride in being born at Cherbourg and emphasises the importance of teaching children the history of the Aboriginal settlement. Performed with guitar, bass, drums and vocal, the lyrics begin:

The song expresses the pleasure and pain experienced by Aboriginal people in Cherbourg, a place where people were forced to live, and indicates that while Aboriginal people now have the freedom to leave Cherbourg many still maintain a connection to the place they now call 'home'.

The song 'Cherbourg Boy' was written by the late Robin O’Chin and has also become a Cherbourg anthem performed at gatherings at Cherbourg and Brisbane. It is a slow country ballad sung by a male voice with guitar, drums and bass:

Often accompanied by laughter and whistles from Aboriginal audiences, this song cheekily suggests that a woman will never find another Cherbourg boy like the singer. The inclusion of 'Aloha' links with the performance of Hula dancing for tourists in the early days of the settlement. The song is also performed at Aboriginal women’s leadership conferences and the lyrics are changed to 'Cherbourg Girl' highlighting that the song is an expression of a distinctive Cherbourg identity for both women and men.

Younger generations of performers also express and celebrate their links to Cherbourg through song. Bralbin Bluewater Band is named after Bralbin Creek in Cherbourg located behind the cemetery. The grandfather of lead singer-songwriter Taylor Murray lived in a house alongside the Bralbin Creek and the name is used to remember and connect to the place. One of their songs titled 'Cherbourg Cowboy' is about Murray’s late uncle and illustrates the ways songs can depict individual’s history and connect generations.

As part of the Brisbane City Council venture Stylin’ Up Regional from 2005-10, a group of young Cherbourg people wrote and recorded the song 'Wakka Wakka Cherbourg Crew' with a hip hop beat and rapping by both young women and men. The lyrics include:

Wakka Wakka Cherbourg crew
We run this place, we’re coming through
Wakka Wakka attitude
We shake our legs, we hunt our food

The song refers to 'Wakka Wakka' the name of the local Aboriginal people of the area and indicates that young generations of Cherbourg performers are 'coming through' but still connect with their elders and their own history and culture.

These songs and band names of Cherbourg musicians express joy and pleasure in identifying as being from Cherbourg. But they are not only about celebrating the place but play an important role in remembering the history of the landscape, acknowledging the past and maintaining and strengthening people’s connections to Cherbourg. 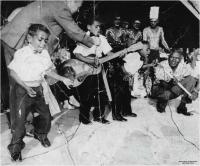 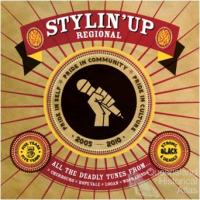