Stone walls do a prison make: law on the landscape 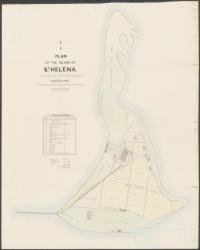 The imposition of a new and dominant system of law was an important part of the European settlement of Queensland. Imprisonment was the main form of punishment under this system, and prisons became tangible artefacts of the spread of these new laws across the colony. Prison walls created strict divisions in the landscape, separating the free world on the outside from the unfree world on the inside, where people were redefined as ‘prisoners’ and became the property of the state, subject to a strictly regulated regime.

A new form of punishment

The use of long-term imprisonment as punishment was a relatively new idea in the early nineteenth century, and was unknown within Aboriginal cultures, where exile and physical punishment were among the legal sanctions. To be locked in prison became a defacto form of exile for Aborigines, as it restricted them from conducting vital cultural practices in their own country. This contributed to their suffering inside prisons, and Aboriginal deaths in custody were an issue from the earliest days of colonisation. In 1853 a Brisbane judge commented on the conditions in Sydney’s Cockatoo Island prison:

‘It was a painful consideration that the punishment at Cockatoo was felt ten times more severely by the blacks than by the whites, and most of them die. Recently, one who had sentence of death commuted, and was sent there, suffered most acutely, and died in seven weeks. But there appeared no alternative, for if they were sent to the gaol here, or to the Newcastle breakwater, they would very probably escape.’ (Moreton Bay Free Press, 29 November 1853)

The presence and quality of a prison reflected the status of towns in the young colony. During the 1840s-50s, Brisbane and Ipswich competed to become the preeminent population centre in the north of the colony, and civic authorities lobbied to have a new prison built in their own town. The local preeminence of Brisbane was indicated in 1846 when the New South Wales government decided to convert a former convict building on Queen Street into a prison. However, only £820 was allocated to construct the prison, as compared to the £13,000 that had been spent on Sydney’s Darlinghurst Gaol in 1841. In the same week that the new Brisbane prison opened, it was described in the Moreton Bay Courier on 5 January 1850 as being ‘not sufficiently secure’ due to careless workmanship. The decaying porphyry-block structure was repeatedly criticised throughout the 1850s as being too small, rickety, and out-of-date with new penological trends. Plans for a new gaol were delayed by the ongoing uncertainty over Separation, with the New South Wales government unwilling to spend freely in what might soon be a separate colony.

The first public building to open in Brisbane following Separation was the prison on Petrie Terrace, built at a cost of £26,000 and subject to proud boasts in local newspapers. The new prisons that opened around the colony during the next decade indicated the growing importance of certain towns, although there were times when local residents opposed prisons in those towns. A group of prominent Toowoomba citizens, for example, petitioned against the presence of a predominately female prison in 1870, as reported in Queensland Votes and Proceedings, arguing that when ‘women of ill-fame’ were released they would ‘resort to crimes of the most flagitious and demoralizing character’.

The spread of European settlement throughout colonial Queensland was mirrored by the expanding prison system. While there was only one prison in the colony at the time of Separation in 1859, ten years later there were four. By the 1890s there were prisons as far north as Thursday Island and Normanton. The growth of the sugar and mining industries played a role in this expansion, and decline in those industries resulted in the closure or downgrading of some prisons.

The prison network was supported by police gaols, which were small, police-managed facilities, larger than the usual lockups attached to police stations, and holding short-term prisoners serving two weeks or less. Police gaols could be upgraded to official prisons (or prisons downgraded to police gaols) according to local requirements and population fluctuations. The remote gaol at Camooweal, for example, was opened specifically to restrict the movement of unlicensed Chinese miners into Queensland from the west, but a few years later, following the decline of the mining industry and the introduction of immigration restrictions, the now-empty gaol was deemed surplus to requirements and was closed.

State farms, or ‘honour prisons’, are low-security facilities used to house low-risk inmates. The first of these opened at Palen Creek, south of Brisbane near the NSW border, in 1934 and was the first prison in the Commonwealth to have no security measures, relying entirely on the honour of the prisoners not to escape.

Several more state farms opened during the next decade, a physical expansion of the classification scheme as low-security prisoners were moved away from urban centres.

Most of the colonial prison infrastructure in Queensland was replaced during the twentieth century, and the only nineteenth century prison building still in operational use is at Townsville. The prisons in many regional towns, such as Roma, Cooktown, Mackay and Cairns, were closed as the system became more centralised, although rural locations were utilised for low-security inmates.

As criminal justice requirements expanded in line with a growing population, various prison buildings became obsolete and were demolished and replaced with larger facilities at places like Rockhampton and Boggo Road. These prisons gradually moved out of urban centres and into the fringes of major towns and cities.

In 1957 a prison opened at Wacol, halfway between Brisbane and Ipswich. This site had been proposed as a good location for a prison as early as 1893, according to the Comptroller General’s Prisons Report, 1894. Over the following decades several new buildings were added and modified as Wacol became the largest prison complex in Queensland.

Discontent was rife in the Queensland prison system throughout the twentieth century, peaking in the 1970s and 80s when outdated infrastructure and overcrowding led to a series of riots, hunger strikes, escapes, staff unrest and unflattering headlines. Once again the State government launched inquiries into the dysfunctional system in an attempt to modernise it. The Bredhauer Report of 1973 and the Kennedy Report of 1988 resulted in major reforms in the housing and treatment of inmates, and led to the eventual closure of all the Boggo Road prisons, including the recently-built female prison demolished in 2007.

Deaths in custody, which were disproportionately high among Indigenous inmates, remained an important issue and was investigated by the Royal Commission into Aboriginal Deaths in Custody during 1987-91. Despite recommendations designed to reduce Aboriginal custodial levels and deaths in custody, the situation failed to improve.

The general Queensland prison population more than doubled during the 1990s, an outcome of improved policing techniques, more fine defaulters being imprisoned, an increase in short-term sentences in place of community service orders, and an increase in the length of sentences served according to the Queensland Criminal Justice Commission, Prisoner Numbers in Queensland Report, 2000. This led to the largest and most expensive expansion of prison capacity ever seen in Queensland.

Report of the Select Committee into prison discipline, 1868

Report of the Board of Inquiry into the management of Queensland gaols, 1887

J. Kennedy, Commission of Review into corrective services in Queensland, 1988 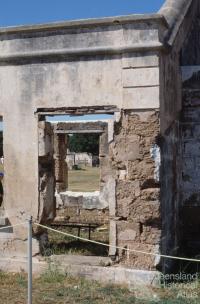 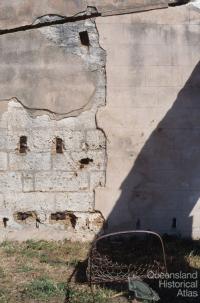 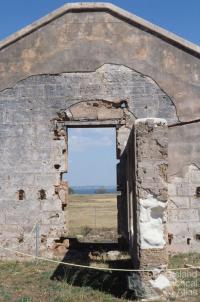 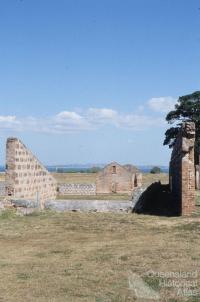