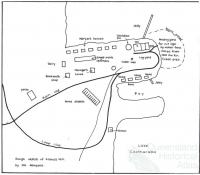 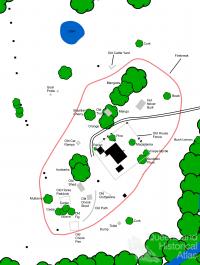 Berajondo, 2008
By:
Sean Ulm
By:
Susan O'Brien
By:
David Trigger
By:
Michael Williams

‘Places’ are central to the ways in which people construct their understandings of the world. A ‘sense of place’ is rooted in feelings of belonging, attachment, connection and ownership, interlinked with memories, experiences, emotions, histories and identities.

The idea of ‘place’ itself is elusive, being variously thought of as a named location, site of local activity, foundation for social and cultural knowledge and meaning, or as a particularly memorable sensory experience. Places can be transformed over time according to broad cultural dispositions as well as economic and political drivers. Places, then, are multidimensional, with discrete localities, landscapes and sensescapes overlapping in our constructions of locations. A ‘sense of place’ is particularistic; it is both a personal and collective social construction framed through engagement with a particular place, its landscape and material properties, both tangible (eg buildings) or intangible (eg natural features of environment). However, while places are always experienced locally, those constructions are embedded in our worldviews; that is, how we perceive and engage with new places and landscapes is informed by our previous encounters in other places and times.

The bonds individuals or social groups form and maintain with places is a vital source of individual and cultural identity, and a point from which people orient themselves to the world. People use story, dance, song and art to talk about the places that matter to them, and the ways in which their lives and identities are influenced, in both positive and negative ways by place. People could hardly live without telling stories, both to themselves and to others. These stories are not simple acts of description, but the ways in which people make sense of the world, the details of their daily lives, their relationship to others, and their family histories. Stories become embedded in people’s memories and in their family and community stories, and in the act of telling and re-telling stories individuals situate themselves in vast and intricate cultural landscapes. The stories we tell are what makes any place become ‘our place’ and where some authority, ownership, belonging or, at least, connection to the place can be expressed and maintained. Sharing stories with friends and strangers alike, provides people with feedback that helps to reinforce, validate and affirm the connection people have with place.

While some people consider place to be mostly a background component of their everyday lives, others pay close attention to the character of the places in which they live, encountering and engaging with features of the natural and built environment. A place is more than just the stage setting for human action, and is itself socially created and creating. In remembering, residing at, visiting or moving through places, people undergo complex experiences, feelings and behaviours. These can include a sense of history and family connections, a moral foundation for a sense of personal identity, feelings of coherence, stability, attachment and ownership. Places can also produce a sense of instability and disconnection in some circumstances, particularly through unfamiliarity or memories of negative experiences or events.

By listening closely and working closely with Aboriginal Australian people, for example, James can ‘hear the composed ontology of place’ in the way in which ‘place’ is performed by storytelling, singing and dancing, transforming the singers and dancers into the ancestral creators of those living places. Contemporary Aboriginal understandings of landscape are informed by such broader narrative traditions that articulate particular or general features of the natural and cultural world with specific mythological and historical figures or events. Through such 'performance' of place, the feelings, beliefs and experiences that relate to locations and landscapes are intricately embedded in people's collective memories.

The socially constructed nature of places means that they are mutable, changing with the nature of engagement. When people are displaced, whether physically or psychologically, their relationships with places change. In Queensland the nature of engagement with place was dramatically impacted by the encroachment and establishment of European occupation on Aboriginal traditional countries. In the nineteenth century, introduced diseases and frontier violence caused major reductions in Aboriginal populations throughout Australia. From around 1850 onwards Europeans made increasing inroads beyond the Moreton Bay Penal Settlement, with the declaration of pastoral districts throughout the state. The settlement was broken up in 1840 and declared open for free settlement in 1842 but by this time squatters were already at the 50 mile settlement limit. However, large areas remained unused by Europeans in the early period of settlement and Aboriginal people continued to live in their traditional lands. By the late nineteenth century the spaces on the map were filling in with Europeans; Aboriginal populations coalesced into fringe camps at townships or attached themselves to cattle stations established on traditional lands. In the early twentieth century Aboriginal people were at times forcibly removed to reserves and missions throughout the state under the provisions of the Aboriginal Protection and Restriction on the Sale of Opium Act 1897.

Until the 1950s the movement of most Aboriginal people was tightly controlled in Queensland, limiting opportunities to visit places. Some of these areas remain unavailable to this day owing to access restrictions to freehold land. However, often enough knowledge transmission about place does not cease when Aboriginal people are displaced from their country. As many Native Title and land claim cases illustrate, Aboriginal people even when physically removed from their traditional countries continue to 'possess' their local places and landscapes, imprinting them with their life stories, histories, memories and experiences. The performative nature of connections to place has continued to occur through recalling memories and feelings and telling stories about those places. Thus, for many Aboriginal people, knowledge about and also connections between places highlight the continuity of social and spiritual relationship with land, place and culture and the importance this plays in creating, expressing and maintaining contemporary personal and social identities.

Different people and different social groups read, value and relate to places differently. Indigenous and non-Indigenous Australians draw on different narratives to situate their experiences with place in time and space. When these different gazes are applied to the same location there can be a conflict of perspectives. However, places can provide a common setting to explore the shared nature of Aboriginal and non-Aboriginal history in Australia. Such shared history in places plays a key role in the way in which people situate themselves in the vast and intricate landscape of both Aboriginal and European culture and society and assists people in their understandings of themselves in the past, present and future.

Berajondo is a small rural holding located about 50 kilometres northwest of Bundaberg in the traditional country of the Gooreng Gooreng Aboriginal people. 'Berajondo' is the name of the district and the name of the property. The property was selected in 1910 under the Land Act, by the grandfather of the current owners. For nearly a century, four generations of the Aboriginal family and their close kin have maintained an intimate connection with the property and the broader Gooreng Gooreng social landscape. Berajondo was a safe haven for Aboriginal people in the early twentieth century during a time when many persons were removed to reserves and missions under the provisions of the Aboriginal Protection and Restriction on the Sale of Opium Act 1897.

John Williams built the original homestead soon after he took ownership of the property. Some of his children also built smaller dwellings on the property, living there until the mid-1930s. After James, John’s son, inherited the property in the 1930s, he made several modifications to the homestead, which was lost to fire in late 1960s. Its replacement, the extant homestead, is a five-roomed vertical plank pine house that sits in virtually the same position as the original homestead, to one side of a large cleared paddock surrounded by open woodland forests, which extend to the property’s boundaries.

Social mapping of contemporary knowledge of the changing use of the property demonstrates that Berajondo is embedded in a wider cultural landscape linking the present to the past, documenting part of the continuous record of Aboriginal use and ownership of Gooreng Gooreng country. The shared experience of people with a connection to Berajondo creates a strong and tangible basis for maintaining and affirming a sense of collective social identity derived from this history, both as members of the extended family connected to Berajondo and as Gooreng Gooreng persons.

Mill Point is a sawmill settlement established on the shores of Lake Cootharaba at Elanda Point in 1869 to exploit the extensive timber resources of the hinterland and during its heyday employed over 200 men. They and their families made up a thriving community. A school, hotel, shops and other businesses supported the community. An extensive tramway system was constructed to bring timber from the hinterland to the mill, and boats carried the sawn timber down the lake and river system to Tewantin for shipment to Brisbane.

A cemetery was established with 43 burials recorded between 1873 and 1891, including nine men, four women and 30 children. The first burials included four of the five men who were killed in the boiler explosion of 29 July 1873, namely Charles Long, Patrick Tierney, Joseph White and Phelim Molloy. The fifth man, Patrick Molloy (brother to Phelim) was buried in the Gympie Cemetery after transport to Gympie Hospital for treatment of his severed foot as a result of the explosion. Children buried in the cemetery died of causes such as lung problems, wasting, thrush, convulsions and drowning. The mill closed in 1892 after exhausting local softwood resources. Dairy farmers moved into the area in the early twentieth century, but dairy farming was never really successful owing to the poor pasture available. The property changed ownership a number of times until it was transferred to the Queensland Government in 1983 and gazetted as part of Cooloola National Park in 1985.

Many hundreds of people, many from Scotland and England, worked in the mill over its short period of operation, moving between gold mining and sawmilling operations in southeast and central Queensland. Places like Mill Point are today important places where descendants interact with the landscapes that their forebears inhabited.

Australian poet Judith Wright visited the Mill Point cemetery and wrote a poem about life as she imagined it at the settlement during the late 1800s. The poem was written about the life of a man from the settlement known as Alfred Watt. In fact, Alfred was one of the first infants to be buried at the cemetery in 1874 at the tender age of four months and 20 days.

D. James, ‘An Anangu ontology of place’, in F. Vanclay, M. Higgins and A. Blackshaw (eds) Making sense of place: exploring concepts and expressions of place through different senses and lenses. National Museum of Australia, Canberra, 2008

C. Pocock, ‘Blue lagoons and coconut palms: the creation of a tropical idyll in Australia’, The Australian Journal of Anthropology, 16/3, 2005 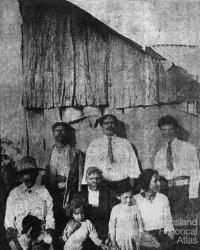 The lake scenery of Noosa, 1887
The Graves at Mill Point

Alf Watt is in his grave

From his bones a bloodwood grows

His girl grew weary long ago;

Of crying to the empty air

To hold her boy again.

When he died the town died.

But the wind in the bloodwoods:

“Where did they go?

In the rain beside the graves

I heard their tears say

– This is where the world ends;

Lie in one furrow.

The peaty earth goes over them,

But cannot blind our sorrow – ”

“Where have they gone to?

I can’t hear or see.

Tell me of the world’s end,

“There’s nothing but a butcher-bird

Singing on my wrist,

And the long wave that rides the lake

With rain upon its crest.

There’s nothing but a wandering child

Who stoops to your stone;

But time has washed the words away,

So your story’s done.”

Are left beside the lake,

And over them the bloodwood tree

Flowers for their sake.

Anna Wickham: the memory of a momentCemeteries in the landscape