Movement: how people move through the landscape

Queenslanders move around. They always have. They move themselves, their possessions, their ways of living – even their houses. They move within the area that is now Queensland, across the continent and to other parts of the world. Countless feet, human and animal, have trodden the land. People move mechanically across the lands and seas and through the air. Plants have moved across the landscape, carried by birds or well-meaning but often misdirected people. The land itself has moved as soils degrade, winds sweep the desert, rivers flood. Fire, ceremonies, farms, roads, mines and railways have all transformed the places that are Queensland.

There is a lot of land and sea to move across. With over 1,700,000 square kilometres of land and more than 7500 kilometres of coastline, only the state of Western Australia is larger. The Great Barrier Reef, the world’s largest living organism, covers over 350,000 square kilometres. Coastal plains and waterways assisted easy movement; the eastern highlands were never a serious barrier. The most serious impediment to movement was the weather – floods, cyclones, drought.

Creation beings moved across the first landscapes of the area we now call Queensland. Places on land and sea are imbued with their stories and together form dreaming pathways or strings across a living land and seascape. Aboriginal groups moved within their tribal areas as seasons or rituals demanded. Fire moved with Aboriginal groups, and fire moved across the landscape creating and destroying and sculpting the land and its resources. Pathways wound their way through the land; in northern rainforests marks were cut on trees to indicate paths through the dense vegetation. Many of these pathways guided European ‘explorers’.

Tribal groups lived within clearly defined areas, some of which were vast. In the western and dryer areas, people moved across large tracts of country following game, exchanging resources and performing ceremonies. Closer to the coast, high country often delineated tribal boundaries and these areas might be routes of free passage between tribal areas. Pathways and trade networks criss-crossed the land. Along the east coast and in the northern parts of Queensland, sea country was communally owned. Customary connections across the Torres Strait with the Fly River in Papua New Guinea are so ancient they are recognised in international law. John Macgillivray, naturalist on the surveying vessel the Rattlesnake, reported in the 1840s seeing canoes of the type used throughout the Torres Strait as far south as Fitzroy Island, a distance of over 800 kilometres.

The first mariners from Europe to visit the coasts of Queensland were the Dutch who, on a voyage from Banda, Indonesia to Papua New Guinea in the Duyfken in 1606 touched the northern tip of Cape York and were the first Europeans to place the continent of Australia on the world’s map. Cook sailed the length of the Queensland coast in 1770, naming places and describing the people he saw. At the Endeavour River he repaired his ship and spent time learning about the country and its people. Other mariners observed the land and its people as they charted the coasts. In 1789, after the mutiny on the Bounty, Bligh sailed an open boat through the seas of the reef and landed at what he called Booby Island. A logbook was left on the island by Captain Hobson from the Rattlesnake and passing mariners recorded details of ships they had seen on their travels. In 1806 when Bligh was Governor of New South Wales he established a ‘post office’ on the island – a cave where ships could leave details of their movements. The dangers of sea travel were very real. Over 500 shipwrecks lie in Queensland waters. Although there is no proof of Portuguese or Spanish visits, there are endless rumours about shipwrecks along the coast. Some want to believe the Chinese were on the east coast, even the Phoenicians – we all love a good story.

The freedom to move is so important to humans that restricting movement is widely used as a form of punishment. Some of the first buildings in Moreton Bay confined convicts sent to Australia. Other convicts were only free to move within a prescribed geographical area, while free settlers were kept outside this ‘no go’ zone until 1842. Some convicts in the penal settlement of Moreton Bay did escape. They regained their freedom to move and lived and travelled with the Aboriginal groups who took them in. Restricting the movement of Aboriginal people was a fundamental act of dispossession: fences and boundaries separated people from their lands and waterholes.

The first European free settlers arrived from the southern areas of New South Wales, following river catchments or open plains into what would become Queensland. At first they had to skirt around the penal colony at Moreton Bay which was out of bounds to free settlers. Settlers from South Australia moved north into the western areas of Queensland: the distinctive stone and pise buildings found in this part of the state are reminders of this movement. Travelling to ports along the east coast, other settlers moved inland along rivers flowing east to west. By following the natural topography, the settler were often using paths taken by explorers who had themselves moved with Aboriginal guides along ancient Aboriginal pathways.

It’s odd that we use the term ‘settler’ because so many people did not settle. Beside the numbers of people who stayed on the land or in townships, there were whole groups of people who wandered and serviced these settlements. There were swagmen and drovers, teamsters and pastoral workers, timbergetters and prospectors. All walked vast distances as they moved from job to job or venture to venture. Songs record their movements and have become part of folklore – 'The Queensland Drover', 'A Thousand Miles Away', 'Waltzing Matilda', 'Ladies of Brisbane'. Although much of the mythology around pastoral workers – shearers, drovers and swagmen – developed in the nineteenth century, the tradition of itinerant workers continued throughout the twentieth. Itinerant workers were a fundamental part of the sugar industry in the twentieth century – Ray Lawler’s play Summer of the Seventeenth Doll dramatises their lifestyle. The ‘fly in, fly out’ working arrangements of many miners in the late twentieth and early twenty-first centuries continue this tradition.

Not all people who moved did so voluntarily. From the 1870s, those Aboriginal groups who had survived the frontier were rounded up and removed from their traditional country. Missions and reserves were established to confine and ‘protect’. Many were little more than prisons. Children were taken, people were placed under the Act, and movement was controlled. Ties to land were strained and groups with different languages and customs were thrown together in artificial and frequently toxic environments. Between 1863 and 1904 over one hundred ships brought approximately 50,000 South Sea Islanders to work on the sugar plantations of North Queensland. Many of the ‘workers’ were virtually kidnapped by ‘blackbirders’. Townsville is named after one of these, the businessman Robert Towns. One vessel, the schooner Foam, was wrecked on its return voyage to the Solomon Islands and all eighty four Islanders died. Objects from the wreck, rediscovered in 1982, provide an insight into the life of these South Sea Island labourers. One of the first acts of the federated Commonwealth of Australia was to pass the Immigration Restriction Act, commonly known as the White Australia Policy. Although many South Sea Islanders were forcibly deported, over 20,000 descendants of these South Sea Islanders still live Queensland.

By the beginning of the twentieth century fewer people walked and more travelled by rail. Between 1860 and 1915 seventy-five per cent of gross public investment was in rail, and the railways were one of the largest employers in Queensland. Rail lines did not radiate from the capital, Brisbane, but were built to link primary producers to coastal ports. Rail brought prosperity to country towns with rail heads and railway stations – and decline to those without. Rail meant cheap travel and entertainment as travelling circuses, theatre and musicians travelled to inland centres. It also facilitated the removal of Aboriginal people to coastal missions and reserves. Despite the growth of rail, shipping remained the major means of transporting goods well into the twentieth century and provided a north-south link along the Queensland coast and to overseas markets. The motor car arrived in 1890 and in 1920 the Main Roads Act was passed to ensure the development of roads to complement rail and port infrastructure. Increasingly the road network developed independently, as public pressure for improved roads grew with greater car ownership during the 1930s.

With changes in the economy during the second half of the twentieth century, rural communities slowly declined and the population moved toward economic and social opportunities on the coast. Cars, cheap fuel, and the dream of home ownership fuelled suburban expansion in cities along the eastern coastal plain. Towns that had been holiday places for country people became retirement areas, and seaside provincial cities grew at the expense of their hinterlands. ‘Sea change’ was the term used from the late twentieth century to describe people moving to the seaside areas for ‘lifestyle’ reasons. 'Tree changers' chose a green rather than a blue landscape – but few people chose the brown land where for most of the nineteenth century the majority of Queenslanders had lived.

Queenslanders like to think they live in a fast and changing world. But movement has always been a feature of life in Queensland and although we are widely travelled perhaps we are not always well travelled. We may get the illusion of movement from air travel to weekend holidays in the South Pacific, but the growth of ‘adventure’ travel and the experience of ‘slow’ journeys by hikers, cyclists or canoeists suggest that physical movement at a more human pace retains its appeal. It is the slow but purposeful movement of the Aboriginal hunter, the bush walker, the cyclist, the drover on horseback. It is a movement through land and seascape and our senses of both. 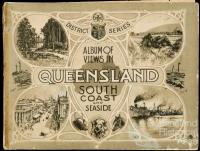 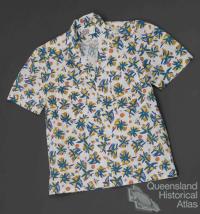 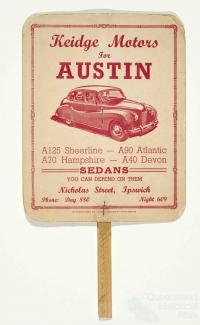 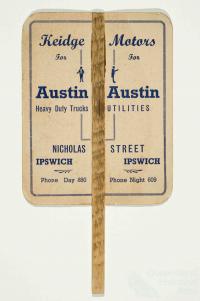 Portable altar set
Too remote, too primitive and too expensive: Scandinavian settlers in colonial QueenslandAir travel in Queensland