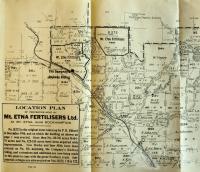 Mount Etna, 22 km north of Rockhampton, is a cavernous pyramid-shaped hill in a belt of limestone, which attracts bats and, since the mid-twentieth century, speleologists and limestone miners. Contestation between these groups led to the longest environmental conflict in Queensland – from passive protest to direct action with blockades and caves destroyed – over 40 years from the 1960s until 2009. Central Queensland Cement Limited (CQC) was the limestone miner, opposed by the University of Queensland Speleological Society (UQSS) and Central Queensland Speleological Society (CQSS).

Although speleologists and bats coexist as cave users, they are incompatible with limestone mining. Mount Etna and nearby Limestone Ridge have aesthetic and recreational value and support semi-evergreen vine thicket, a rare relict vegetation community. More recently the significance of fossil deposits has been recognised. The caves had been visited by tourist parties since 1886, and were Rockhampton’s first tourist venue. They are the closest caves to Brisbane and attracted speleologists from southeast Queensland. Recreation reserves were proclaimed in 1920 but did not prevent the mining of guano, deposited by bats in their long occupation, and the development in the 1930s of a small limestone quarry. These activities were not perceived to conflict with the reserve, and a geologist’s memo in March 1939, considered that the mountain did not merit reservation for scenic purposes. During World War II a large cave was used for munitions storage and Mount Etna became a secret training base for commando troops.

A new generation of young students in the late 1950s and 1960s with more opportunities to travel, found the caves, discovered their richness and beauty and the diversity of the flora and birdlife of the dry rainforest. The University of Queensland Speleological Society (UQSS) was formed and encouraged the local cavers to found the Central Queensland Speleological Society (CQSS).

The limestone company CQC, part of a cartel owned by Queensland Mines Limited (now Cement Australia), enjoyed a privileged position with the Queensland Government; it was secretive and followed a policy of non-communication with its opponents. The company valued the Mount Etna stone for its whiteness, and defended its right to mine it, supported by the Queensland Government with jobs and wealth its priorities two decades before considerations of sustainability were articulated.

Quarrying initially spoiled the mountain’s symmetry but as it moved to the cavernous face it threatened caves valued for their beauty and as bat habitat. Bats have had a ‘bad press’ but their protection under the Fauna Conservation Act became the strongest argument in efforts to save Mount Etna. Exploration revealed the presence of rare Macroderma gigas bats and of a cave named Bat Cleft, the maternity cave for Miniopterus bats. Cavers became genuinely enthusiastic about their allies, producing magnificent photographs, supporting research and appealing to the mining company and the Government for bats’ protection. The spectacular emergence flights from Bat Cleft to which CQSS began guided tours, gained wide publicity.

Letter writing and lobbying politicians brought small gains, but CQC stood its ground on its right to mine, though Mount Morgan Limited (which no longer needed lime flux) relinquished its leases on Limestone Ridge. A positive step was the proclamation in 1976 of a National Park over the former leased area but the recreation reserve 444 on Mount Etna was rescinded in June 1977. Observing activity on the mountain, the conservationists feared that CQC would move its quarry to the cavernous north face near Bat Cleft. This drove the contest to a more radical phase.

The cavers’ attempts to mobilise public opinion were largely ineffectual against Queensland’s government-supported cement monopoly. But in the 1970s and early 1980 they learned from the tactics of campaigners who saved the Colong Caves in the New South Wales Blue Mountains, and the Franklin River in Tasmania. Sabotage, sit-ins, shareholder action, boycotts and blockades were all considered – though the objective was to enlist public opinion, not to alienate it. Locally jobs were more important to more people than bats, so the campaign had to find support where it mattered – in Brisbane and Canberra, and Mount Etna was listed on the Register of the National Estate in 1981.

The imminent destruction of two bat habitat caves was the impetus for direct action. By December 1987 CQC had a new mining plan that included the destruction of Speaking Tube and Elephant Hole caves, and had drilled about 30 holes, 10m deep, to receive explosives. On a Saturday afternoon, accompanied by two invited television crews and the press, six members of CQSS went to the mountain and filled the holes with concrete. But CQC was not deterred; it condemned this trespass and continued to form access roads and redrilled the holes. When CQC announced, during Heritage Week, the imminent destruction of the two caves, CQSS took immediate action.

A cave sit-in with two activists was organised, with food and supplies enough for two people for six weeks. The search began for people to maintain a blockade, as CQSS had only six people available. Support came from experienced rainforest campaigners from Lismore, and within three days 60 people has arrived, then another 80 from Cape Byron. Campaign tactics were planned to include demonstrations against the cement company, and boycott action aimed at buyers of CQC products. After six weeks CQC and the campaigners called a moratorium which included a halt to mining and the blockade was lifted.

When CQC dismissed a scientific report submitted by the Mount Etna Committee (formed by CQSS and its allies), the moratorium collapsed. CQC shocked the community and the media by blasting the caves on 2 November 1988, Melbourne Cup Day, and again on 4 November. The blasts gave cavers the evidence they needed to mount a legal challenge – the body of a horseshoe bat killed by the explosion, in breach of the Fauna Conservation Act.  In the Supreme Court and on appeal in the High Court, the conservationists’ case failed on the issue of locus standii, or legal standing. When the legal challenge concluded, CQC blasted the caves again, on the Queen’s Birthday holiday weekend in June, to complete the destruction they had begun in November. Accused by the media of needless destruction, CQC lost support. A change in company ownership brought a new attitude to conservation which better fitted community attitudes and the policies of the newly elected State Labor government under premier Wayne Goss.

Landscapes will be contested while profit and protection are in conflict. At Mount Etna a reconciliation process and rehabilitation of the quarry site began and all mining ceased on 13 March 2004. On 27 September 2008 at a celebration of the centenary of national parks in Queensland, Cement Australia formally handed the former mine site of CQC to the then Environmental Protection Agency, to add to the Mount Etna National Park. The contest at Mount Etna between profit and protection, when in 1989 conservationists were routed by the cement industry, was resolved and the mine site is now National Park. 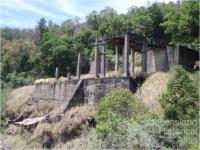