Being Italian is central to the Queensland experience. Italians have literally shaped the landscape through sugarcane plantations. They built up the North and impacted more broadly on the state’s economic, social and cultural fabric and space. At the same time, they have been embroiled in labour and racial debates. Regional and homeland origins have defined the identities and loyalties of Italians. However, from the start, Italianness as a heritage and feeling has infused the Queensland countryside, towns and cities. Tracing the story mirrors several trajectories from colonial to state, and helps define Queensland’s position within the global and transnational movements.

From despair to hope

Escaping la miseria (poverty) Italians left Europe in search of work. By 1859 some Italians were already working in Queensland building railways, as miners, wood-cutters, sugarcane farmers, and priests (the latter on Stradbroke Island and at Warwick). A migration scheme in 1891 increased the flow of Italians into Queensland. Orchestrated by Piedmontese businessman Chaiffredo Venerano Fraire, the scheme saw about 335 Italians disembark for the sugarcane districts of the Herbert River, Burdekin and Bundaberg. The largest proportion remained in Ingham in the Hinchinbrook Shire. Their presence from 1891 generated heated debate in parliament and the press about their capacity to assimilate.

There were concerns about the suitability of Queensland’s North for white workers. By 1907, racist rhetoric was being used by the Bulletin newspaper, for instance, to question the racial hygiene of Italians, calling them ‘bucolic’, ‘dull-witted’, ‘primitive’ and ‘impoverished’. Such attacks provide a backdrop to the 1924 Royal Commission into alien labour in north Queensland. The Worker, among other newspapers, complained that the Federal Government was allowing ‘Mediterranean scum’ to invade the sugar planations. Until the 1970s Italians were considered less preferable than British and Northern Europeans in Queensland. While Fraire’s scheme led to trade unionist fears about contracts and indentured labour for the next 50 years, it also instigated the chain migration process.

A gender imbalance was striking among Italians from the start and persisted for 100 years. There were three or four men for every woman. Many consequently married Indigenous, South Sea Islander, and foreign Queensland women, forging early multicultural ties. While northern Italians arrived sporadically from agricultural regions like Lombardy, Piedmont, Tuscany and the Veneto, it was southern Italians who started to increase from 1901, when Italians were accepted as ‘white aliens’. Sicilians dominated, but there were others, like the Calabrians, Abbruzzesi and Campanians.

Tropical sugarcane towns like Ingham witnessed dramatic rises in the Italian population from the 1920s because of the immigration quotas applied by the United States. Ingham’s earlier Italian pioneers, who had bought subdivided plantations or held leases, provided the foundation for a new generation of Italians. Unsuccessful post-1918 soldier settlements were also bought by Italians for plantations and farming. By 1925, about 44% of the sugarcane farms in the Herbert River district were owned by Italians. One Ingham resident, Osvaldo Bonutto, described how,

On Saturday nights one could hear the newly arrived migrants happily singing in the streets, and I had the impression that I was back in Italy ... It was a scene reminiscent of rustic Italy.

In Ingham and across North Queensland, Italians were labelled ‘black’ because of the association of the sugar fields with non-white labour. Organisations such as the 1930 British Preference League vehemently protested against Italian dominance on the sugarcane fields. People defending Italians were frequently called ‘white dagoes’ even as late as 1954. The tribulations of Ingham’s Italian community were exacerbated by the emergence of health issues including the outbreak of Weil’s disease among cane farmers and workers, hookworm in schools, malaria and various fevers. These attracted the attention of tropical medicine specialist Dr Raphael Cilento and led to changed health procedures throughout the state.

Life for Italians after 1933 deteriorated in an intense climate of suspicion and fear, reducing their arrivals. From this time, Italians fragmented into fascist, anti-fascist and politically disengaged affinities. Ingham’s Italian community had both a ‘progressive’ Italian Club and an anti-fascist newspaper, La Riscossa. Most Italians, however, tolerated Fascism out of economic necessity. To do otherwise was to jeopardise their social clubs, business networks and community acceptance, or have repercussions for their families in Italy. The situation was exacerbated by bi-lateral tensions, when both Italian consular representatives and Australian officials placed Italians under surveillance. Ingham’s Dr Francesco Piscitelli was interned for his fascist ties in 1940 and the Italian Hospital closed within a few years.

The economic success of Ingham’s Italian community proved toxic despite the support of local police and many Anglo-Australians. Italians became ‘enemy aliens’ with the 1939 National Security Act, especially when Mussolini declared war in 1940. About 15% of Australia’s Italians were rounded-up for internment, including women and children. What can only be described as a ‘social war’ ensued, led by the Returned Services League. This produced a labour crisis and climaxed in the 1942 Royal Commission into the sugar industry.

Queensland witnessed the greatest number of internments: of 3712 Italian-born internees, 1573 were incarcerated in Queensland and of 4721 Australians of Italian background, 2216 filled Queensland’s camps. Interned twice, Osvaldo Bonutto, who had become a publican, explained: ‘We were made scapegoats for Allied defeats’. High profile fascist supporters like Dr Raphael Cilento, while never disloyal to Australia, escaped internment. Others were not so lucky. Ingham’s Giuseppe Cantamessa, whose son had enlisted in the Australian Military Forces and who had served on the Shire Council, Queensland Cane Growers’ Council and Herbert River District Cane Growers’ Executive, was interned for three years. Another internee, Claudio Alcorso, remembered how tensions grew between fascists and anti-fascists: ‘the camp reappeared before me. I shuddered recalling the atmosphere of hatred, of fear, mounting in the camp as the tide of war turned’.

Of Ingham’s cane farming families, 533 individuals were incarcerated. Italian wives were forced to run the sugar plantations without their husbands and many families faced starvation. After Italy surrendered in 1943, most were liberated, but so pervasive was the paranoia in North Queensland that the authorities refused to allow all to return home. Some were not released until late 1944.

The era of the canecutter was over by 1972. At this time Italianness experienced a renaissance not only in Queensland but across Australia. By the 1970s, Italian names were found in the strata of business, politics and society, and Italian words - spaghetti, pasta, zucchini, pizza, gelato, cappuccino, vino - were integrated into the everyday experience of Queenslanders.

Ingham’s community spirit has remained buoyant. Cultural festivals, film, food, official events, welfare programs, associations and scholarships have appeared in recent decades. Ingham’s annual Australian-Italian Festival, established in 1994 through Italian and broader community consultation, is a cultural ‘icon’ of the Italian presence in the state. Queensland’s landscape has been transformed by celebrations of Italian food, song and parades, an integral component of the tourist industry. 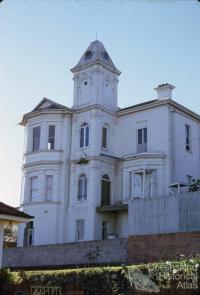 Monument to the pioneers of the sugar industry, Innisfail, 1980
Hispanics and human rights in Queensland’s public spacesLebanese in rural Queensland