Press and the media

Queensland was colonised in the heyday of press expansion across eastern Australia. Newspapers followed closely the pathways of immigration and land settlement during the 1850s and 1860s, extending to north Queensland later in the century, when gold discoveries and mining encouraged white settlement of far north Queensland. In the post-separation period, pastoralism was the most immediate stimulus for settlement. The majority of aspiring journalists and printers came to the northern colony via Sydney. Consequently they bore little allegiance to Brisbane and its pretensions as capital of the new colony.

Cumbersome iron hand presses came to northern coastal centres by ship before being transported inland by dray and bullock. Without established roads and railways, newspapers relied for their early information on a combination of oral and written material, gleaned from new arrivals and from the colonial and imported press, which they supplemented with intercolonial and overseas telegrams.

The lure of mining was a further incentive to travel inland, especially into the tropical and often inhospitable north Queensland terrain, where 25% of new titles would disappear within a year, and 50% within five years.  In localities like Peak Downs, Ravenswood and the Palmer River, the politics of the press became more democratic and outspoken. In the districts of Wide Bay and Central Queensland, Charles Buzacott played an important pioneering role. In the case of the early Peak Downs Telegram, Buzacott’s exceptional grasp of the technical and editorial aspects of newspaper work enabled him to carry on production virtually single-handed in the face of growing political opposition.

Sensing the anti-squatter mood of its dispersed mining readership, Buzacott’s Telegram championed the right of local diggers to access water sources at a time of drought and in defiance of local pastoralists. A bitter political contest ensued in 1869 when Buzacott contested the local election as the anti-squatter candidate, incurring the wrath of the local Police Magistrate and leading citizens. A social pariah after his defeat, Buzacott nevertheless persevered with the paper until the following year, when the local drought was abruptly broken by serious flooding which inundated the town and inflicted £15,000 worth of damage on the settlement. Buzacott passed the night up a tree after part of the Telegram office and most of his machinery were washed away. The flood was the ‘final straw’ and precipitated the sale of the paper. Buzacott returned to Rockhampton where he purchased the Morning Bulletin as a limited liability company in partnership with his brother, William. It proved an ironic end to a dispute which originated over access to water.

At a time when even small settlements boasted more than one newspaper, the Queensland press catered increasingly for a diverse readership. Short-lived magazines and long-running country weeklies like the Queenslander in the 1860s, along with a popular and evening press in the 1870s, complemented regular demand for imported British periodicals and illustrated papers. By the late 1880s, a rising labour and republican press sharpened local competition and became the mouthpiece for new ideas about industrial reform, land ownership and rural socialism, anticipating the clashes between organised labour and capital from the 1890s onwards. Radicalism, founded in part upon racial tolerance towards Chinese and Melanesian labour, declined by the turn of the century, throwing up in the process a series of memorable editors (O’Kane, Vosper) and future Labor leaders with press and organisational credentials (Andrew Fisher, Anderson Dawson).

In contrast with the radical weeklies, the daily press exhibited more stable patterns of ownership, and enjoyed commercial superiority, funded in larger centres through business partnerships or the formation of joint stock companies. As local newspaper businesses expanded through a combination of subscriptions, advertising and job printing, so the one storey shanties which characterised the first generation of newspaper publishing gave way in larger centres to solid two storey offices which were located in the central business district. Here crowds gathered for the latest news of elections and overseas events. With stability came greater conservatism, although the number of new titles and dailies continued to rise in Queensland until the 1920s.

As newspapers became cheaper and quicker to produce, they became increasingly attractive to urban investors and subscribers. The expansion of the Brisbane press in the 1880s owed much to immigration and to a building boom which transformed the skyline of the city centre. The dominance of the Courier was confirmed in 1887 with the purchase by Buzacott, now director of the Brisbane Newspaper Company, of a central allotment on Queen and Edward streets for the erection of a multistorey Courier building. Described by James Bonwick in 1890 as ‘one of the most striking objects in the city of Brisbane’, it boasted electrical lighting, the latest in steam press machinery and fireproofed basements. Rivalled subsequently by the elegant building of the Telegraph Newspaper Company, the Courier and its stable mates became visible symbols of progress in the Queensland capital, espousing the ‘gospel of colonial production’ on a regular basis. One journalist noted that in 1895 ‘the prominent journals of Queensland’ devoted ‘so much space to subjects bearing upon the development of the colony’s resources and exports that it is difficult to steer quite clear of this department’.

Like most morning broadsheets, the daily Courier Mail, so named after the merger of the Brisbane Courier and Daily Mail in 1933, retained its staid format and local appeal well into the 1960s, at a time when most capital city dailies were undergoing significant change. A national survey of capital city dailies, undertaken in the 1960s, found that the Courier Mail published a higher percentage of local and national content than most of its interstate counterparts, with an emphasis on sport, pictures and comics rather than feature articles or cultural affairs. The Courier’s distinctive middle market position, with readers centred heavily in and around Brisbane, enabled it to compete effectively with popular and weekend competitors like the Telegraph and the Sunday Sun, in a market where weekend sales surpassed those in most other capitals. Competition continued into the 1980s with the advent of the Daily Sun, but by the early 1990s, both the Telegraph and both the Sun newspapers had closed, leaving the morning Courier in a monopoly position. The Courier Mail abandoned its broadsheet format in 2006 and went tabloid, leaving Sydney, Melbourne and Canberra as the only capital cities with their own broadsheet newspaper.

The late 1980s constituted a turning point in press development. By 1987, Rupert Murdoch’s takeover of the Herald and Weekly Times group gave him ownership of morning papers in centres like Brisbane and Adelaide and hastened the demise of metropolitan competition. As early as the mid-1960s, Queensland provincial owners had entered into defensive arrangements to thwart attempted takeovers from outside competitors. The formation in 1968 of Provincial Newspapers Queensland (PNQ) was an alliance of established regional newspaper dynasties, with holdings extending from the Queensland border as far north as Mackay. PNQ vested control in the pioneering press owners of Ipswich, Warwick, Toowoomba and Mackay - the Stephensons, Irwins, Dunns and Mannings. As with the Courier Mail, however, the defensive tactics of PNQ only delayed rather than prevented renewed takeover bids. Two decades later, PNQ, like the Courier, was caught up in the Herald and Weekly Times takeover. Acquired by Murdoch, it was subsequently divested to O’Reilly’s Australian Provincial Newspapers as a condition of the Herald and Weekly Times acquisition. Thus, both regional and metropolitan newspapers ceased to be local, in terms of ownership, although the central place of the newspaper in the cultural memory of the population for more than a century ensured that localism would prove more persistent in print than in either commercial radio or television.

Rod Kirkpatrick, Sworn to no master. A history of the provincial press in Queensland to 1930, Toowoomba, Darling Downs Institute Press, 1984 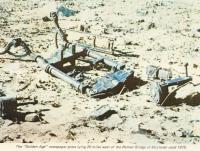