Queensland’s own sea monster: a curious tale of loss and regret 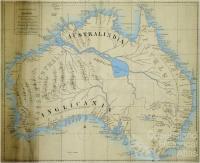 Sketch of the coasts of Australia and the supposed Entrance of the Great River, 1827
By:
Kerry Heckenberg

Visiting the Harvard University Museum of Comparative Zoology is a startling experience for many Queenslanders: pride of place in this American institution goes to an enormous (12.8 metre) skeleton of a Cretaceous marine pliosaur named Kronosaurus queenslandicus. The central importance of this specimen for the museum is indicated by its appearance in 2009 in side view in white on black on the masthead of its website. Indeed, Allen Debus a local enthusiast, describes Kronosaurus as ‘the awe-inspiring “grand finale”’ of childhood visits to the museum. In contrast, in Queensland the creature is not widely known or celebrated, hence the surprise for Queenslanders encountering this creature for the first time overseas. Why is this so? How did this specimen end up in Harvard?

Kronosaurus queenslandicus was originally identified and named in 1924 by Heber A. Longman (1880-1954), Director of the Queensland Museum between 1918 and 1945. The original or type specimen consisted of a fragment of jawbone and six enormous teeth, usually described as being the size of bananas. It was discovered by a local landowner near Hughenden in 1899 and initially misidentified as an ichthyosaur. Instead, Kronosaurus was an even larger air-breathing, carnivorous marine reptile that lived 110 million years ago in the oceans that covered Central Australia at that time, the fabled inland sea desired by explorers but existing in the very distant past. Large headed with a short neck, propelling itself with rudder-like flippers, it was the dominant predator in this Cretaceous ocean, hunting large fish and other reptiles as well as invertebrates such as ammonites that were easily crushed with its large grinding teeth. The name chosen by Longman is appropriate, referring as it does to an ancient Greek mythological figure, Kronos, a Titan who devoured his children.

In subsequent years a few other Kronosaurus fragments entered the Queensland Museum collection, but nothing very complete was found until the Harvard specimen was collected in 1931-32 on an expedition led by William E. Schevill. Although Longman happily shared information with the Americans and was invited to participate, the local museum did not have the funds to permit him to accept this offer. After being directed to the specimen by R.W.H. Thomas, the owner of Army Downs, a property near Richmond in northwest Queensland, the Harvard group blasted out about four tons of the rock containing the fossil remains and transported it all back to the United States.

A former newspaper owner and journalist, Longman was a great publicist for natural history in Queensland, contributing many newspaper articles throughout his career and featuring in others. A Queenslander article on 28 May 1936 provided an opportunity to publicise his palaeontological activities, particularly his work on a new Kronosaurus find, a skull fragment. He describes the process of ‘moulding, from fossils, of the greatest prehistoric marine reptile known to have inhabited Australian waters’ as ‘more fascinating than any that could be imagined in fiction.’ He further remarks, ‘It must have been more terrible a reptile than Zane Grey’s “White Death Sharks”’, “Without doubt … King of the Sea”.’

This publicity was probably at least in part prompted by a general lack of acknowledgement in America of Longman’s role in identifying and naming Kronosaurus queenslandicus, both in the 1930s and in 1958 when the skeleton finally went on view to wide public acclaim. Furthermore, no mention was made of Australian help in locating the specimen. Local awareness of the ongoing process of reconstructing the skeleton is demonstrated by an article in the Courier-Mail on 27 April 1956 that loudly insists on the creature’s Queensland origins with the heading ‘WAS QUEENSLAND MONSTER’. University of Queensland Geology Professor, W.H. Bryan, is quoted as saying, ‘a report from New York that an American had found the monster 25 years ago was incorrect.’ He notes that the first specimen was found by an Australian while local museum director Longman was the first to identify the creature and name it. Bryan also points out that Schevill ‘was directed to the specimen’ he collected.

Perhaps stimulated by this article, Irene Longman (State member for Bulimba 1929-32) wrote to authorities at the University of Queensland in 1957 proposing that she would donate money for a Kronosaurus queenslandicus mural that would be situated in the Geology Museum. The picture was intended as a memorial for her recently deceased husband with palaeontological accuracy being a priority. Local artist Quentin Hole (1923-99) was commissioned to undertake the task and it was well advanced on 6 June 1958 when the Courier-Mail described it as ‘spectacular’. The sub-heading ‘Local credit for monster’ and statement that ‘Queensland University has sent a firm reminder to America that the man who “discovered” and named the world’s biggest marine reptile was a Queenslander’ make clear the purpose of the painting. Completed in early December 1958, the final image includes not only three reconstructions of the living creature, one very large with mouth agape displaying its deadly teeth in the foreground and the others silhouetted in the distance, but also an enormous skeleton stretched out on the bottom of the ocean.

Unfortunately, the Brisbane mural has had little lasting impact: the University Geology Museum was moved from its original location in the 1970s and the mural (bisected by a window) is now incorporated into a corridor leading to offices. Queensland Museum exhibits highlight other, more complete examples of Queensland’s prehistoric past such as its skeleton of Muttaburrasaurus or the smaller (5 metre) Richmond pliosaur. Although the inland town of Richmond boasts a museum called Kronosaurus Korner, it is off the beaten track. Meanwhile in Harvard, in spite of criticisms of the amount of plaster used in its reconstruction, including the inclusion of too many vertebrae and mistakes in shaping the skull, Kronosaurus is still a museum highlight, continuing to amaze viewers, particularly other Queenslanders! 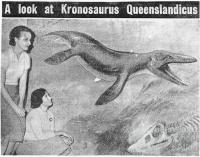 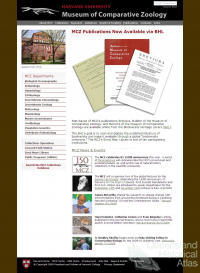 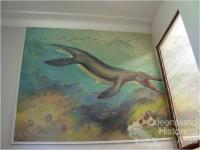 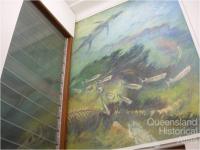