Queenslanders: people in the landscape 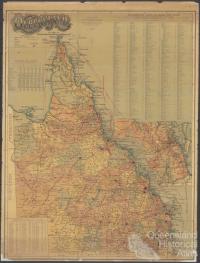 Stand today in the terminals at Sydney or Melbourne airport and chances are you can identify a plane-load of Queenslanders walking up the aerobridge by the way they look. More casual dress, more white and coloured clothing, less black clothing, fewer suits. The tropical and sub-tropical lifestyle impacts on the population in profound as well as superficial ways.

But if you'd been standing at the wharves in Brisbane in the 1880s, watching incoming migrants from Germany, Denmark or Sweden, you would have been less likely to notice their dress, which in most cases would have been formal, whatever their rank in society. And they wouldn't have looked all that much different to incoming migrants in Sydney or Melbourne, except that the men were more likely to remove their hats because of the heat. At the railway station, travellers from other colonies were more likely to reveal their occupation through their garb, especially female domestic servants and male labourers travelling in the second class.

Queensland is home to two distinct Indigenous groups – the Torres Strait Islanders and Aboriginal people. To the population were added convicts and immigrants from the British Isles, indentured labourers from the South Sea Islands and an immigration process in competition with, but ultimately very similar to the other colonies and then states of Australia. At particular stages in the history of immigration particular groups dominated. At the 1901 census the state housed 13,000 Germans, 8500 Chinese, 5300 from the Nordic countries, and another 16,500 people from a wide variety of countries, including Russia and the United States.

What kind of a landscape did the foreign and intercolonial migrants find when they arrived? By federation, government primary schools had been built in most of the larger cities and most of the bigger towns. Churches quickly appeared in the landscape, usually given free crown land. Distinctive Lutheran churches could be found in the Darling Downs, while the Chinese had been hard at work creating their own religious structures and burial places in all the major gold mining settlements. Greeks, Italians, Lebanese and Chinese had also been busy establishing an array of commercial structures, from fruit shops and cafes to haberdashery and the ubiquitous general store. Hotel licences were still most likely to be held by people who hailed from Great Britain or Ireland. But the hotels they built were very different. The larger hotels were usually two storeys, made of wood, and had wide verandahs, with bar and dining on the ground floor and accommodation above. On the goldfields, many of the hotels were simply shacks which gradually collapsed for want of customers and maintenance once the gold ran out.

While Church of England and other protestant groups had the greatest number of churches – usually wooden structures in the country, brick or stone in the larger settlements – the Roman Catholics had the grandest presence, because a church would often be linked to a convent and a convent school. In the larger country towns, including Warwick, Gympie, Townsville and Cairns, the Roman Catholics had veritable precincts. Most Catholics came from Irish stock, but their numbers were augmented by Italians, especially around Innisfail and Ingham. The Scots, still smarting because their homeland had been amalgamated with England, made sure that their Presbyterian churches were more austere than the Church of England efforts, which invariably competed with the Catholics to get the highest sites in town.

At a time when the bulk of the population attended church regularly, these religious and ethnic statements in the landscape mattered. The Catholics began building their St Stephens cathedral on a central city site in Brisbane in 1864. It wasn't finished until 1922. The Anglicans secured a higher site for their cathedral, St Johns, on which work began in 1906. But it didn't get its finishing touches until 2009, and to achieve that, the Anglicans had to re-open a quarry near Toowoomba to get the requisite helidon sandstone. In the late 1920s the Catholic archbishop James Duhig, understandably cross at the Anglicans getting the higher ground, secured a one hectare site on a commanding corner at the beginning of 'The Valley', but never raised enough money to build more than handsome retaining walls. The Church sold the site in 1985 to an apartment developer and in 1999 514 apartments opened there, replete with a tropical swimming pool.

Sectarianism is no longer a prominent feature in the Queensland landscape. Church attendances have fallen away, and these days the only time that most Queenslanders enter a religious establishment is for a wedding, a christening or a funeral. Religious and sectarian signs in the landscape have been supplanted by new waves of immigrants dominating particular localities, but architectural distinctions now tend to be more muted. When Sunnybank developed as an outer suburb of Brisbane in the 1960s it had a mock tudor set of shops. These have long since been replaced by the biggest concentration of Asian restaurants anywhere in Queensland. While the interiors still retain elements of nationality or ethnicity – whether Thai, Chinese, Vietnamese or Korean – the external appearance is much like car-based shopping centres anywhere.

In 1988 in time for World Expo 88, the Queensland government published ‘Multicultural Queensland’. In all 45 communities contributed to the publication. In 2001 the book was updated and reprinted, but this time with over 100 communities listed from the Afghans to the Welsh. Since that time even more ethnic communities are present in significant numbers in Queensland.

But rather than being an account of the various Indigenous and ethnic groups that constitute Queensland, this theme explores the impact on the landscape of those people and the markers on the landscape that exist.

Through history we can trace the processes by which Queenslanders have 'made' Queensland. The natural setting has been occupied, 'settled', modified, engineered, and re-made as a cultural landscape. Less tangible are the ways that the Queensland setting has shaped identity, as the landscape has served as a powerful presence in the stories, perceptions, social activities and cultural traditions of Queenslanders. 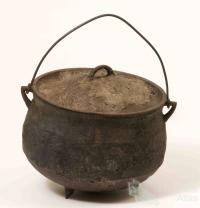 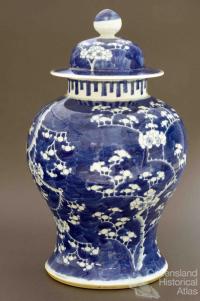 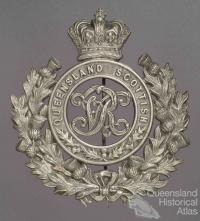 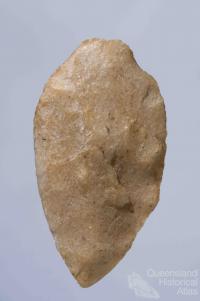 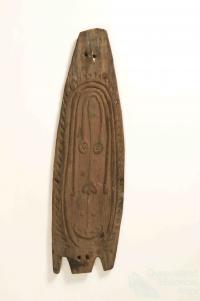 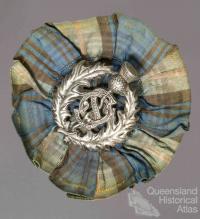