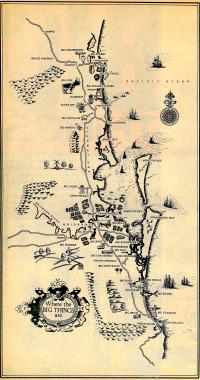 Where the big things are, 1983
By:
Peter Spearritt
By:
Marion Stell

Australia’s coastal and inland towns have long resented the dominance of the capital cities, not only as the major seats of government, commerce and transport, but as the dominant sites for sporting facilities, cultural institutions and recreation. The popularity of surf beaches in Australia from the 1920s saw many coastal towns establish themselves as holiday retreats for big city dwellers, but inland and distant coastal towns had no such option.

With the coming of mass car ownership in the 1950s and 1960s, most Australian towns aped American trends, with a rapid spread of motels and the roll out of ‘big things’. Queensland and New South Wales started the trend with the big banana at Coffs Harbour and the big pineapple at Nambour, the latter becoming a major tourist installation. Big things caught on around rural Australia, from the big merino in Goulburn to the big prawn in Ballina. These were all private enterprise developments, most built to the horror of the town planning profession, because they abutted major highways, had inadequate road access, despite being entirely car based, and created chaotic planning landscapes. None were accessible by foot from the town centres.

From the 1960s most capital cities received vast amounts of public money for performing arts structures, new or revamped art galleries, museums and libraries. These facilities were almost always in or near the city centres. Brisbane got a new cultural complex at Southbank, with premises for the Queensland Museum, the Performing Arts Centre, the Art Gallery and the State Library.  Rural Queensland got left behind. By the time the bicentennial celebrations came around this disparity had become blatantly obvious. Rural shires and municipalities and their state and federal members started lobbying for a fair share for the outback. Longreach got its Stockman’s Hall of Fame and Outback Heritage Centre, mainly with bicentennial money. The Qantas Founders' Museum came along a few years later.  The centenary of federation funded further projects including the Big Rig in Roma exploring the history of oil and gas exploration.

There has been a move away from nationalistic celebrations (Stockman’s in Longreach, Waltzing Matilda in Winton) to attractions that celebrate rural inventiveness (Cobb and Co Museum at Toowoomba), regional history and environment (Reef HQ and Museum of Tropical Queensland in Townsville), Indigenous culture (Gab Titui on Thursday Island) dinosaurs (Lark Quarry in Winton Shire) and landscape phenomenon (Min Min Encounter Complex in Boulia).

All these rural attractions have some level of impact in building local confidence and attracting rural visitation. They are part of the complex story of the survival of local communities and their prospective economic futures.

House of Bottles and The Big Stubby, Tewantin, c1962 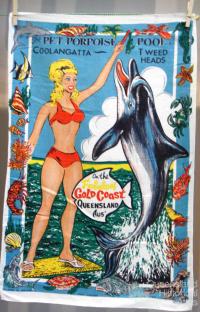