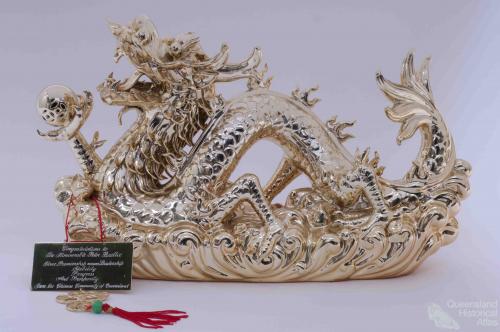 This ornamental Chinese Dragon is one of a pair presented to former Queensland Premier Peter Beattie by the Chinese community of Queensland. The gift was in recognition of his clear stance embracing the multicultural nature of Queensland society at a time when Pauline Hanson’s One Nation Party was sweeping the polls. Peter Beattie identified the dragons as one of the most evocative gifts he was given in his time as Premier.