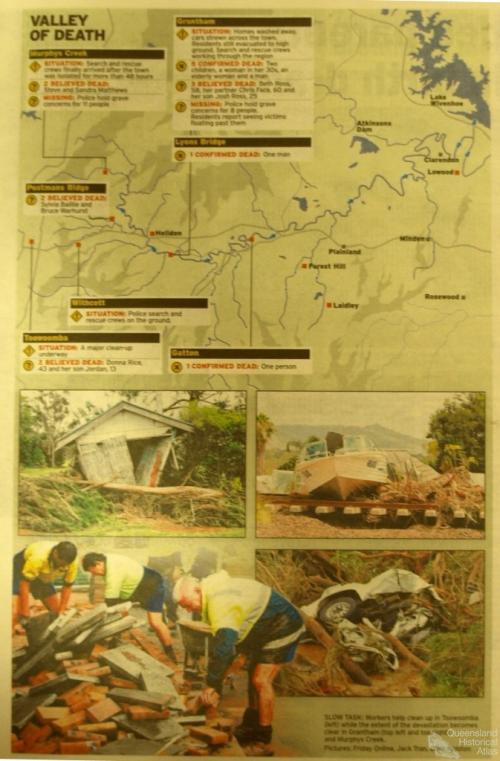 Valley of death, 2011. This map shows the devastated areas of Murphys Creek, Grantham, Postmans Ridge, Withcott, Toowoomba and Gatton that had been devastated by a ‘wall of water’ on 10-11 January 2011. With an exclamation mark the annotations tell of the number of people dead or missing. The graphic images inset below the map further convey the dramatic scenes left after the flood. Lake Wivenhoe appears in the top right corner of the map. From the Courier Mail 13 January 2011, p.7