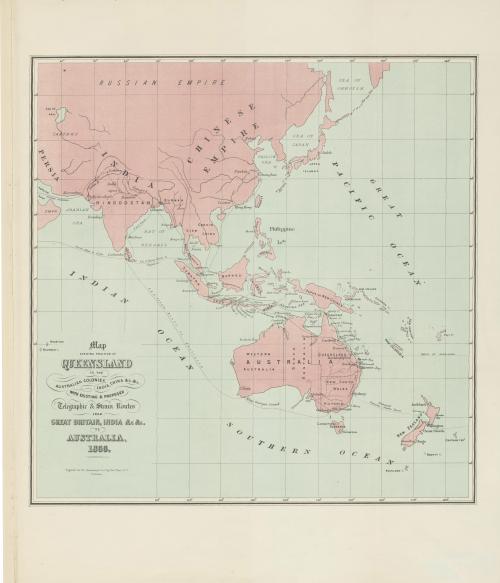 This map shows the relative geographical position of India and Australia, both subordinate elements of Empire. Soldiers sailing to India passed up the Queensland coast and through what is now Indonesia on their way to their next posting in the colonies. India was much closer to Australia than to Britain, and after Federation it was easier (and more economical) to send soldiers to India for advanced training.

Map showing the position of Queensland to the Australian Colonies, India, China &c, 1866. Engraved for the Queensland Government by Thomas Ham & Co, Brisbane. One of 14 plates contained in the Atlas of the Colony of Queensland, Australia.