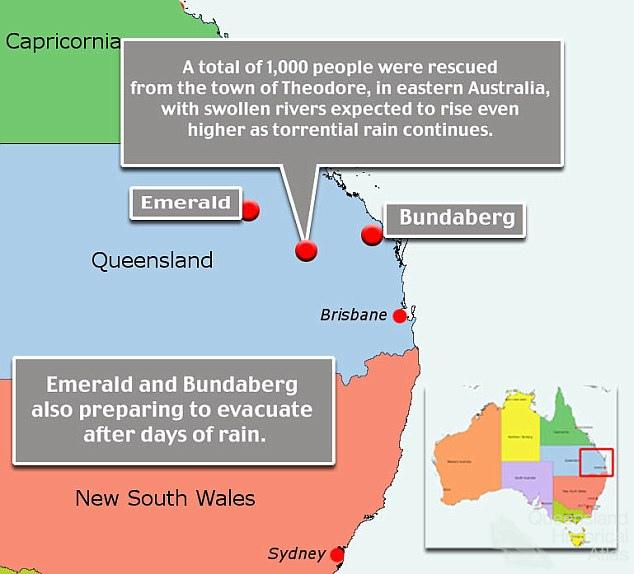 "On January 2nd, Britain’s Daily Mail newspaper published a map showing a few other towns hit by the raging flood: Emerald, Theodore and Bundaberg. The map also included the unaffected cities of Brisbane and Sydney as points of reference, and an inset of a general map of Australia, offering further clues as to the flooded area’s location: halfway between the states of New South Wales and Capricornia. Just a second: Capricornia? Where’s that? Nowhere - yet. There is no state of Capricornia, but it does figure in the long and varied history of proposals for new Australian states."  Quote from Frank Jacobs, Cartographic curiosities