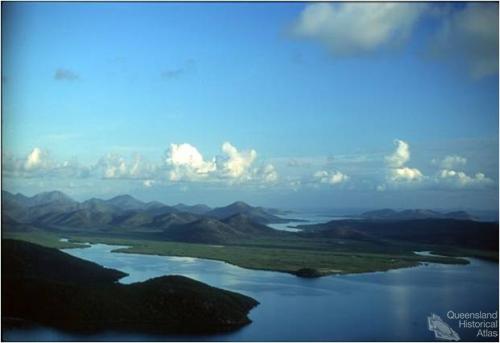 North of Yeppoon lies Shoalwater Bay, the largest undeveloped area on the Queensland coast south of Cairns. The coastal profiles drawn by William Westall, the artist with Matthew Flinders, still depict this magnificent unchanged coastline. The swamps and dunes have high environmental and scientific values and are the source of the water supply for the Capricorn Coast. The area was listed on the Register of the National Estate in 1980 and its wetlands recognised as a Ramsar Site. Undeveloped space attracts developers, but they have been thwarted; since 1965 it has been a Military Training Area, controlled by the Defence Department. A Commonwealth Commission of Inquiry recommended in 1994 that the Army should continue to manage the area and protect its environmental values.

Queensland is not blessed with natural harbours; Port Clinton on the south-eastern edge of Shoalwater Bay has attracted developers seeking a deepwater port.  A plan put forward in 1980 by Lang Hancock, the West Australian mining entrepreneur, to build a coal port was acclaimed by the Premier Joh Bjelke-Petersen. It was vigorously resisted by conservationists, many of them local residents in the Byfield area, and vetoed by the Commonwealth Government.

In 2008 a new generation of developers determined to build a coal port in Port Clinton, to which Waratah Coal would rail annually 50 million tons of coal for export from a field in the Galilee Basin of western Queensland. The Queensland Government declared it a ‘Significant Project’, to expedite approvals. Protests were mounted, led by the Shoalwater Bay Wilderness Awareness, Capricorn Conservation Council and Friends of the Earth Brisbane, which declared ‘A worse site for a polluting industrial area couldn’t have been found’.

The Minister for the Environment Peter Garrett announced his rejection of the proposal on 5 September 2008 on the grounds that the impact of the proposed development would have significant and adverse impact on matters of national environment significance.